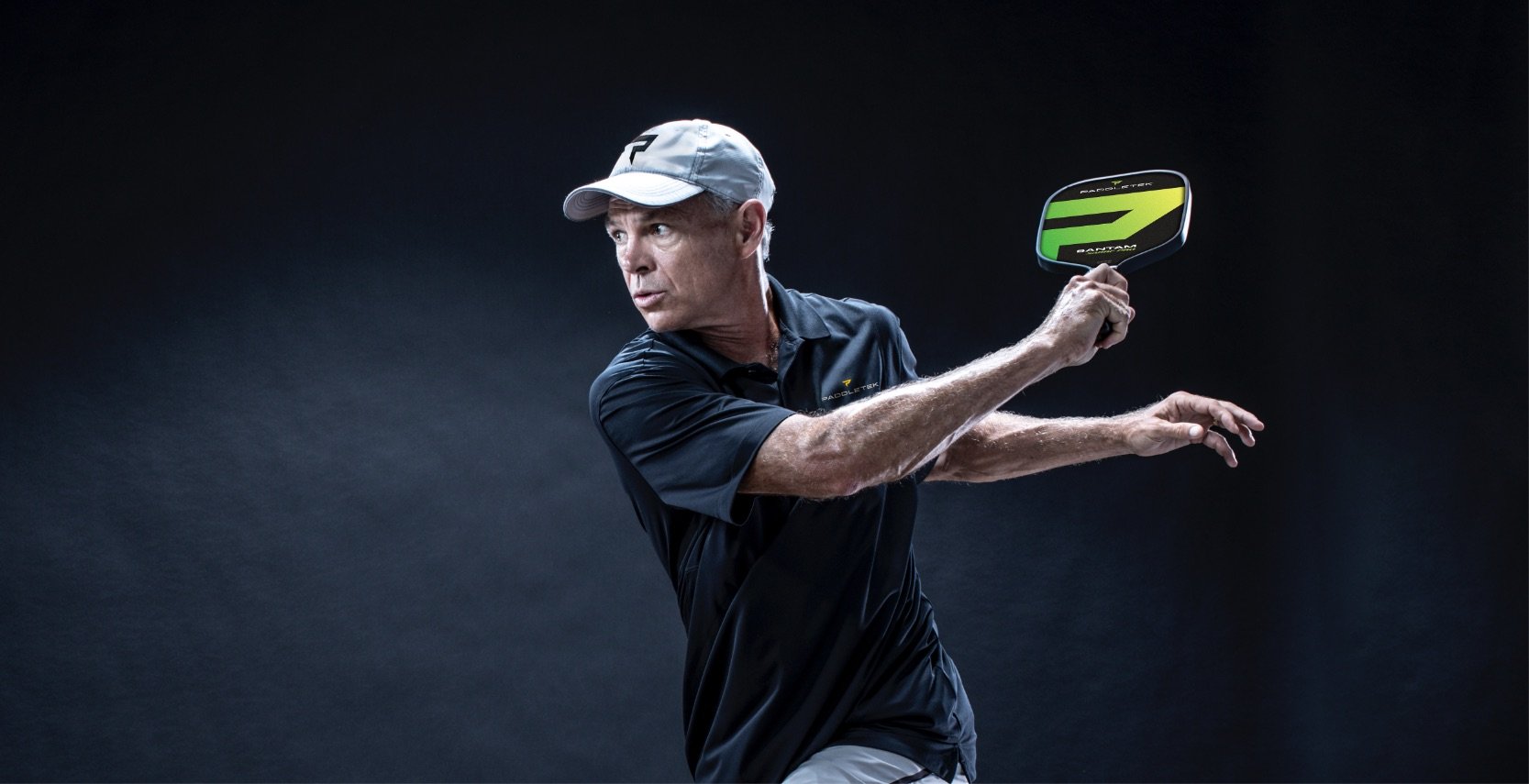 Scott Moore is living proof that great players only get better with time. After 30+ years as a tennis player, he began playing pickleball competitively in 2013 and has since gone on to win the triple crown—not once, not twice, but six times. His aggressive playing style has earned him the fitting nickname “The Beast.” Widely regarded as the No. 1 senior male player in the world, Scott’s success expands beyond his age category. In 2018, he and his son Daniel won the 19+ division at the Northwest Regional tournament in Bend, Oregon, and less than a month later, he and his son Jon won the Italian Open. 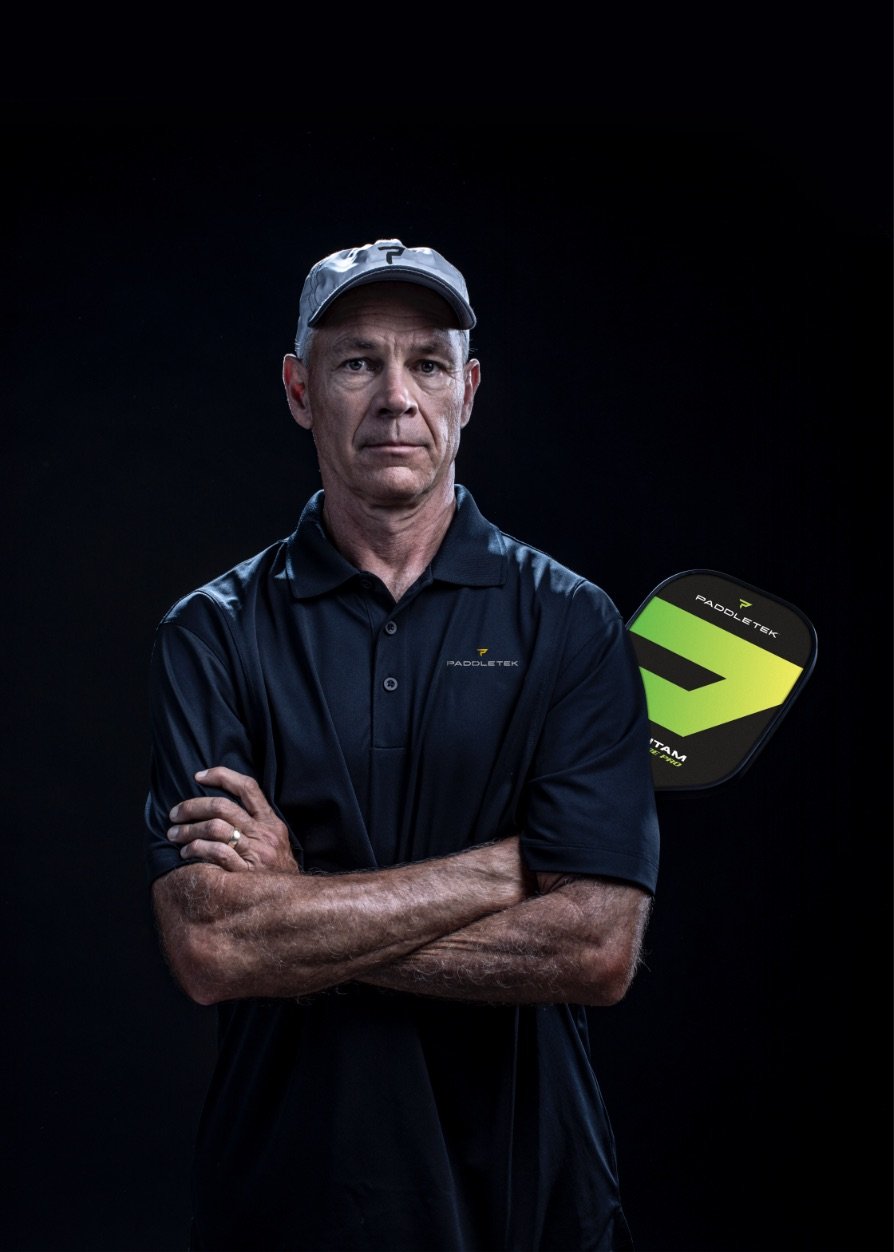 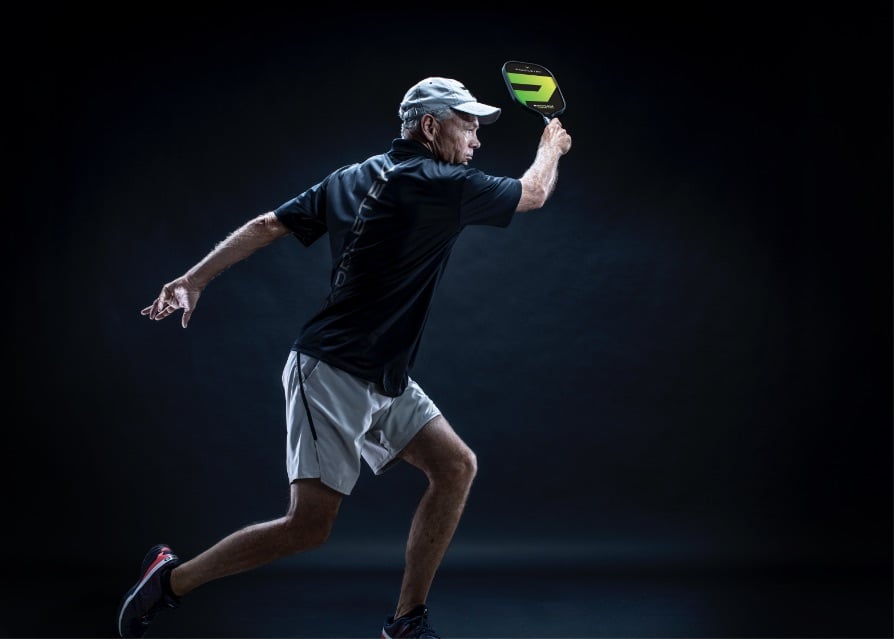 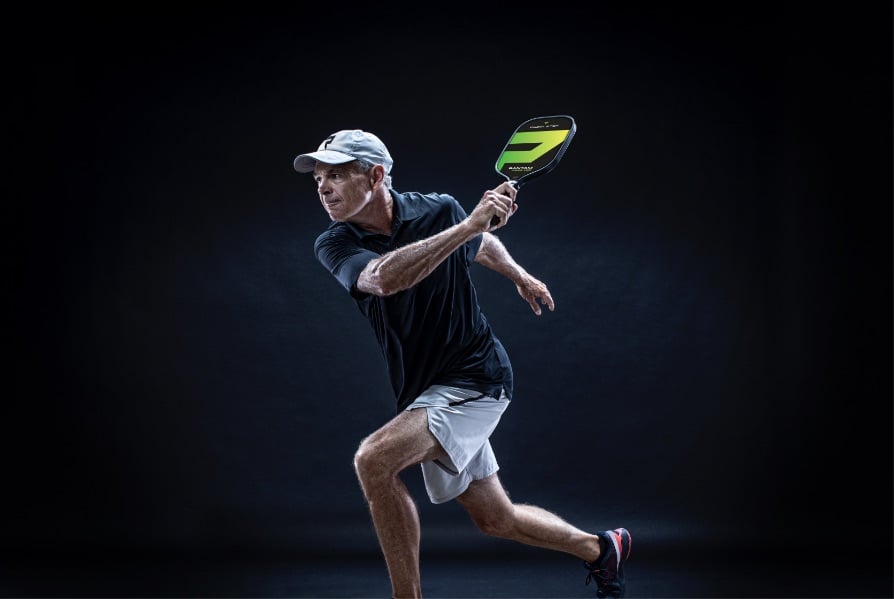 Scott collaborated with Paddletek to create the formidable Bantam Sabre Pro. It features an extra-long grip to reduce unused playing surface, and a 16 ½” paddle length increases speed at the point of contact—multiplying his power with every hit.